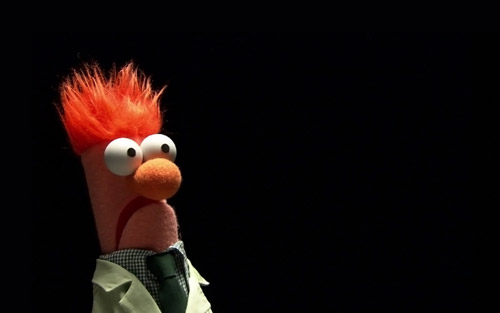 Weary and wary do NOT mean the same thing.

Saying “I’m weary of that,” means that one is tired of, or done with, a thing. Other synonyms are jaded and exhausted.

Stating “I’m wary of that,” is saying that one cautious of a thing. Synonyms include careful, circumspect and prudent.

I think Beaker from The Muppet Show illustrates how I feel about the misuse of weary and wary; do I ask the person what they mean? Do I correct them? Or do I let it fly and contribute to their ignorance? I’m wary of people the use “weary” as “wary.”