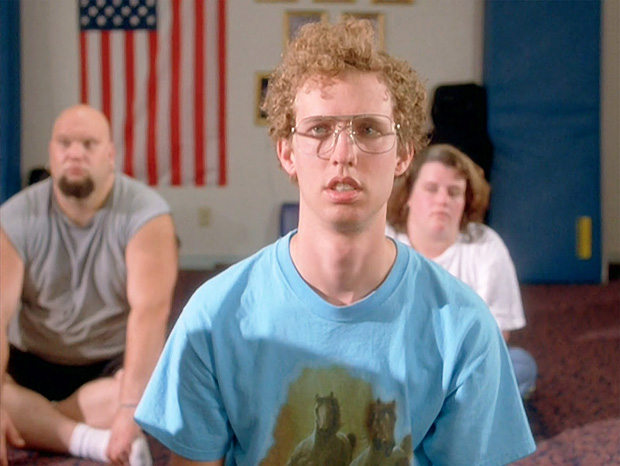 Odd word… What does it mean? Where does it come from?

Oxford Dictionary defines it as a “dated and informal” noun (a clumsy or awkward youth) and adjective (awkward or clumsy; “his hobbledehoy hands”).

Online Etymology Dictionary not only gives the (uncertain) origin:

hobbledehoy (n.) “clumsy or awkward youth,” 1530s, of uncertain origin and the subject of much discussion. Suspicion has focused on French or Anglo-French, but no appropriate word has been found there. First element is probably hob in its sense of “clown, prankster” (see hobgoblin), the second element perhaps is Middle French de haye “worthless, untamed, wild,” literally “of the hedge.”

… But it also gives a bonus word for looking it up (it’s like a prize for being curious, right?):

slubberdegullion (n.) “a slobbering or dirty fellow, a worthless sloven,” 1610s, from slubber “to daub, smear; behave carelessly or negligently” (1520s), probably from Dutch or Low German (compare slobber (v.)). Second element appears to be an attempt to imitate French; or perhaps it is French, related to Old French goalon “a sloven.” Century Dictionary speculates the -de- means “insignificant” or else is from hobbledehoy.

I really wanted to find some awfully descriptive ye-olde image in black ink to show the clumsy or awkward youth, but I had to settle for Napoleon Dynamite… Awesome.