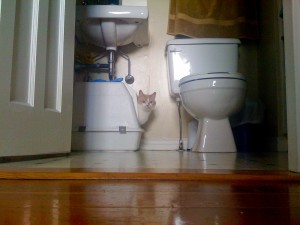 Allan and I picked up Remy on the first weekend of my winter holidays.

We were watching a movie when Remy came out from under the chair: we we’re very excited that he had decided to venture out into the apartment and decided to leave him alone. Moments later, he started making strange meowing sounds. I discovered him in a dark corner behind a plant taking a poop. He quickly finished and ran under my desk. 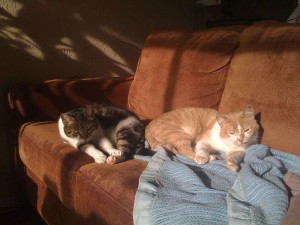