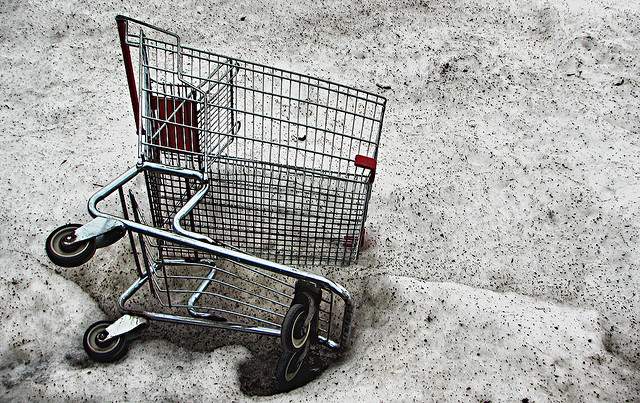 So, I took a look through an issue of Monday Magazine last week (September 1 – 7, 2011). The cover story, “Green Crows – Talking with Victoria’s bottle collectors”, drew me in: I’m a big fan of the people that save our recyclables from the garbage.

What irked me (other than the “green crows” moniker) was the over-simplified reference to minimum wage. The article states:

Earning minimum wage in BC can make a person about $1,500 per month. According to the Coalition to End Homelessness, if a person is spending over 50 per cent of [their] wage on housing, [they] are at serious risk. Illness, accidents or any of a plethora of miscues in life can put people on the street.

I think this statement needs a little more context.

$1,500 refers to the amount that a FULL TIME (40 hours per week), minimum wage employee makes BEFORE taxes. It sounds like a decent amount of money, but more accurately, full time, minimum wage employment works out to about $700 every two weeks (plus vacation pay, minus taxes and deductions). (I’ve chosen to use biweekly paydays as they’re far more common than semimonthly payments, and the three pay check months are few and far between.)

According to Canada Revenue Agency’s Payroll Deductions Online Calculator, the amount that this person nets in an average month is more like $1,300 (see table). Fair enough. 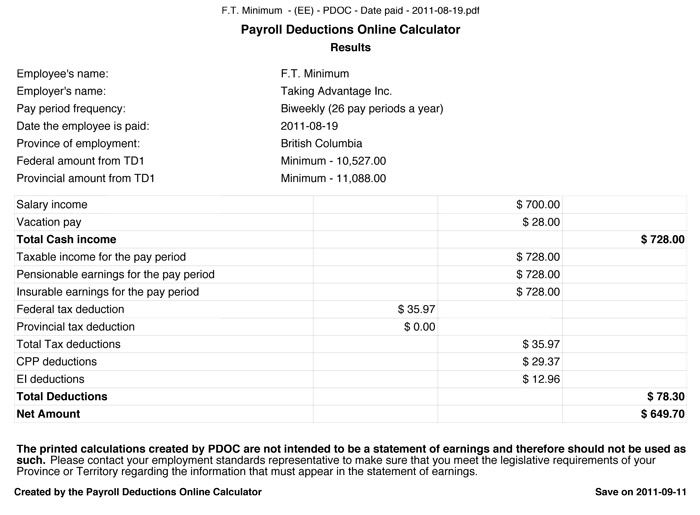 Who are these people?

According to this 2009 Stats Canada table, these workers make up only 2.9%* of the entire Canadian workforce (about 15% of minimum wage workers), whereas part-time workers account for 18.5%; that’s a huge difference. Now, I’m going to hazard a guess, and say that the majority of these workers, although often strapped for cash, are mentally stable, with a good support network, and are able to cope with larger, unexpected problems that come their way (even if they wouldn’t quantify it with those terms).

In ye olde Victoria (home to Monday Magazine), the average amount a single person has to pay for rent per month is $851 (CMHC Rental Market Report, Spring 2011, page 7). This applies to “private” apartments, and includes bachelor through to 3+ bedrooms, where the average price of a bachelor is $644, and a 3+ bedroom $1,332. A quick search for bachelor suites shows the current average (30 most recent listings) at $733 (Craig’s List).

Let’s assume that people prefer to live independently: at $733 a month for JUST the apartent (knowing Victoria bachelor suites, it’s probably a dark, moldy apartment, with a nutty landlord): that’s over 55% of their total income… Sounds a lot like the risk factor outlined by Coalition to End Homelessness. The remaining $576 has to cover bills, food, prescriptions and personal care, clothes, entertainment, and incidentals. And, chances are, if you’re not making enough to pay for everything, you’re using some kind of credit, which opens a whole new can of fiscal worms. No wonder the living wage in Victoria is $18.03 per hour.

And that’s why I thought the article needed some clarification. (I can’t even begin to go into the issues that these numbers imply for the mentally ill…)