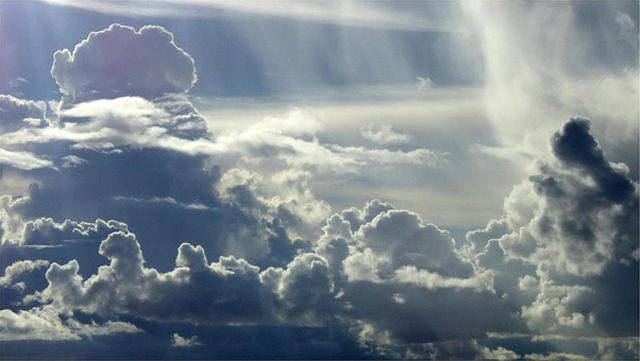 I think pathetic fallacy is the literary term I would use in thinking that the weather is reflecting my emotions. But it seems to me that there’s a better way of saying it as all the examples that I find refer to the projection of human attributes onto inanimate objects (of which weather shouldn’t be included as it’s animate.

From Wikipedia: pathetic fallacy is the treatment of inanimate objects as if they had human feelings, thought, or sensations. The word ‘pathetic’ in this use is related to ‘pathos’ or ’empathy’ (capability of feeling), and is not pejorative. In the discussion of literature, the pathetic fallacy is similar to personification.