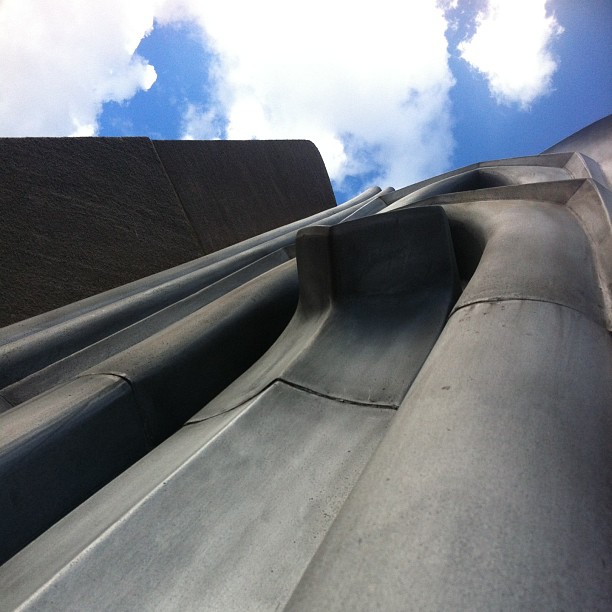 My only plan for my visit to New York was to enjoy myself.

Other than attending the Brand New Conference, my oh-so-clever excuse to get there, and my only work-related activity, I was on vacation. (I only really get one every two years or so — thank you job insecurity and freelance labor) 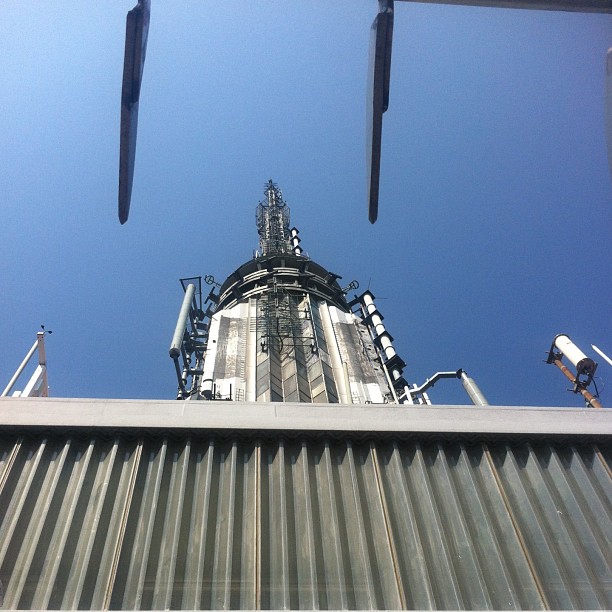 I was underwhelmed the first few days. Especially by the skyscrapers: they’re big buildings and there are lots of them (maybe it’s people from the flat midwest that experience discomfort?).

No one was particularly rude, they were just busy, in fact, everyone was pretty hospitable.

The Statue of Liberty absolutely delighted me. I didn’t go to Liberty Island (standing under a statue didn’t really appeal), but I did view it from a boat. The craftsmanship and detail visible from a distance astounded me. 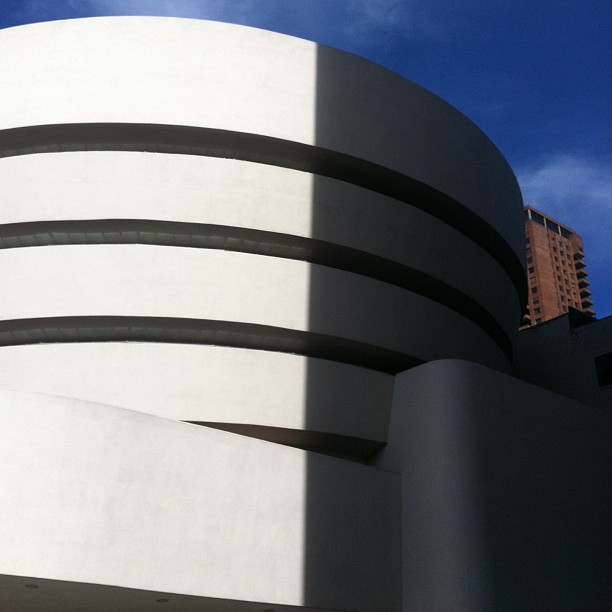 Learn to live it. Learn to love it.

I jaywalk constantly (I regularly get yelled at for it in Victoria), but I made the decision pre-trip to not do it for safety reasons (I don’t know the city, I don’t know the drivers) AND I had no idea that EVERYONE does it all the time. I was in absolute heaven: a model of efficiency.

The only place that it’s an issue is the Times Square district: WAY too many tourists gawping at garish advertisements and NOT crossing the bloody street, even on a green light.

Speaking of Times Square, I recommend seeing it at night in all its glory, otherwise stay the hell away. The building-high ads ARE giant, but they’re really pedestrian: nothing you can’t see in a magazine. On average, a poor use of the medium’s potential. It also seemed like a prime spot to get pick-pocketed: thousands of distracted people (~350,000 per day) crushed together, headed in different directions. I walked through on purpose twice (day and night), and during the rest of my trip I only did it to get to the other side. 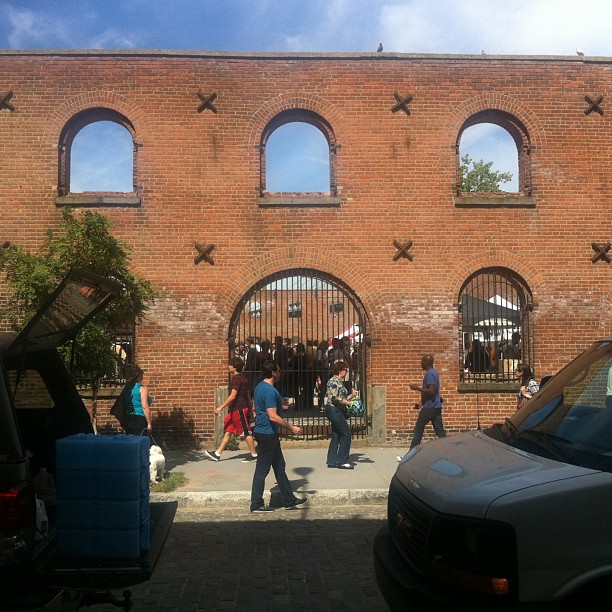 I’ve always had a penchant for music that sounds like trains… think Velvet Underground (and Nico), so getting on the train after the airport was a little bit of a dream come true.

I loved the subway. It was pretty clean and super easy to use, if daunting at first (it’s the largest in the world), and it runs 24 hours. When sections are shut down for maintenance, shuttle buses run between stations or alternate route instructions are provided. And the Metrocard gets you on all transit (I bought the seven-day pass twice — unlimited travel for $30). 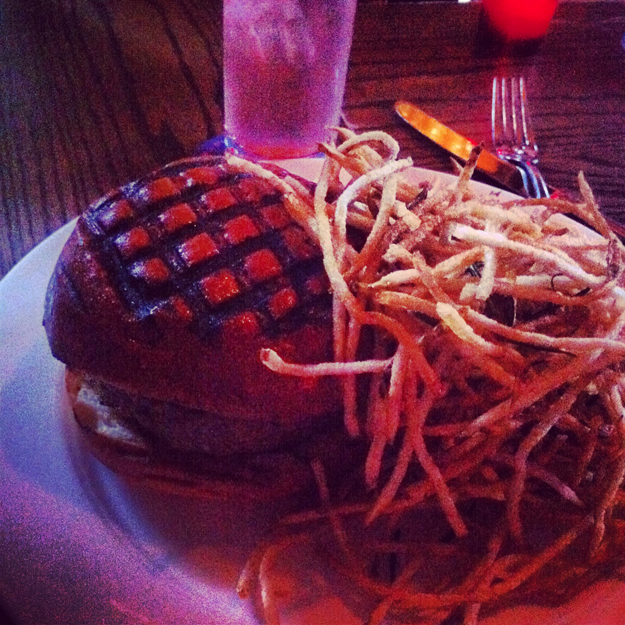 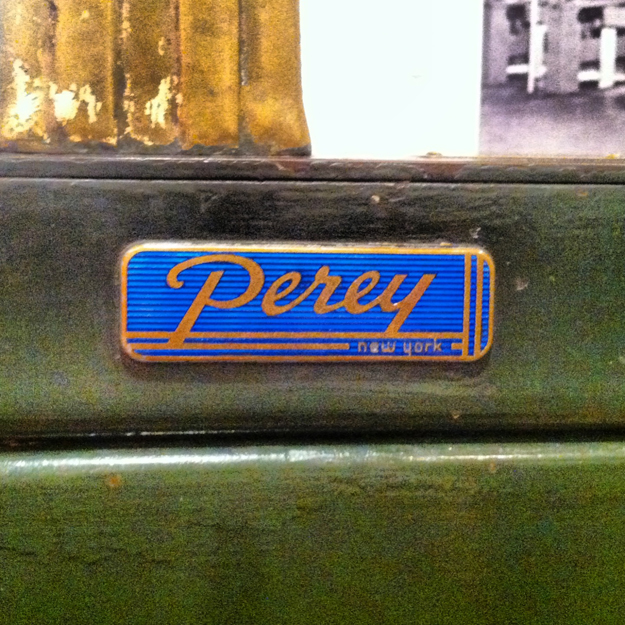 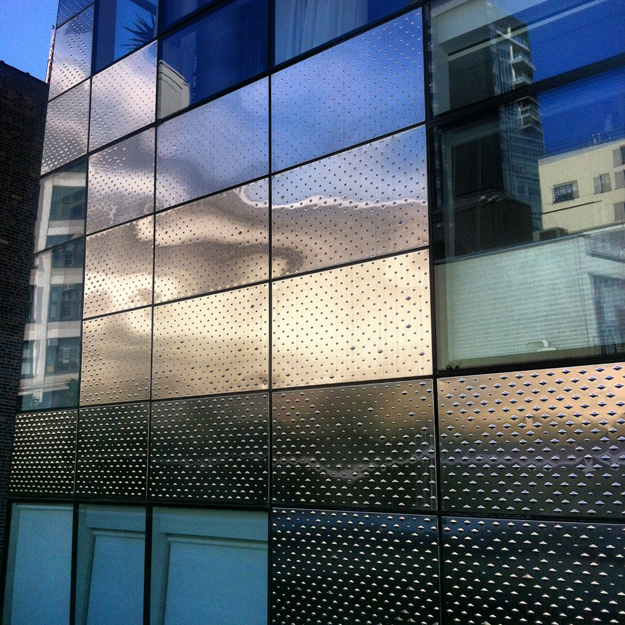 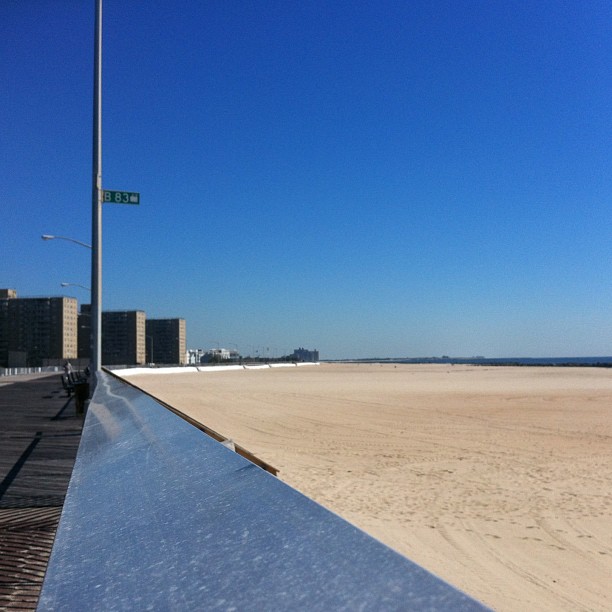 After a day of wandering in beautiful ~25°C (~78°F) weather, I decied to partake in happy hour (a novelty as it’s not allowed in BC). I wandered the Lower East Side until I found Black Tree. They have a good selection of beer and amazing sandwiches.

Attacked by a craving for a nice gelato, I headed to Little Italy’s Feast of San Gennaro (a gong show I’d experienced earlier), but instead, being a bit sloshed, wound up at Gentleman Farmer for a sparkling wine.

I still wanted gelato ao I asked a local cop where I should go (the stuff at the Feast didn’t grab me), he gave me an entertaining rant in a classic New York accent about how “things have changed since I was a kid” (he was 35ish); he recommended the border of Little Italy and Chinatown.

While attempting to follow the cop’s advice, I got pulled into an art opening at a tattoo parlor/gallery. Wine was consumed and art talked about (pretty much the only skill I learned at art school). Bourbon made an appearance as did an invitation to tag along to a bar. However, I decided that it was time to get back to the hostel to pack and sleep.

But rest was not in the cards. Two British guys looking for a drink asked me where to go and we headed to the Village (silly, silly). They were desperate and chose a shitty, overpriced Italian place (illogical seeing that we had just come from Little Italy). Disgusted, I left, and finally headed back to Brooklyn.

Every night, there was a different food cart outside my stop; on my last night it was Mexican. It seemed prudent to eat something to counter the quantity of booze in my system, but not seeing anything I was completely into, I asked for a recommendation: the server jokingly called me a princess (in Spanish). I can understand quite a bit but can only reply in English. After a bit of banter, he pulled out a giant bottle of tequila and plastic shot glasses. Oh jeez. After proving my capacity, he decided on my meal: the most amazing extra fancy chicken fajita I’ve ever had in my life.

Two blocks to go… But wait! Roxy Music? OMG! I found a hole in the wall bar playing some of my favorite music. I poked my head through the door, got invited in, and took a seat at the bar next to a guy resembling a young Lou Reed: he was a bitter, bitter man and ranted at me for the rest of the night. (I had more drinks.)

Closing time finally came and I actually made it back to the hostel.

Note: I managed to wake up via alarm at 10 am still completely drunk. I packed (without forgetting anything) and got to the airport with hours to spare. The hangover kicked in right before security and I kept my eyes open for convenient garbage cans. The night was totally worth it, but I hope I never, ever feel like that on a plane ever again.