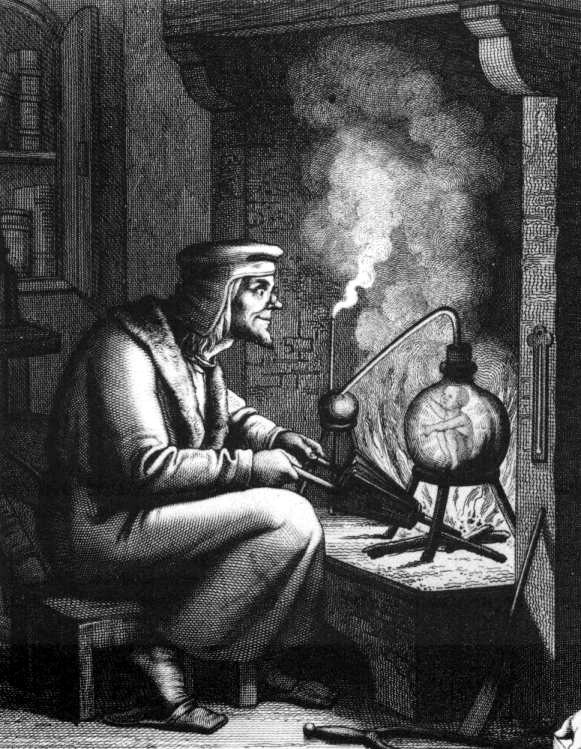 Homunculus is a word I sort of knew the meaning of based on its parts, but I had no idea that it came from alchemy. Perhaps I’ll start drawing wee homunculi…

Homunculus (masculine, Latin for “little man”, plural: “homunculi”; from the diminutive of homo) is a term used, generally, in various fields of study to refer to any representation of a human being. Popularized in sixteenth century alchemy and nineteenth century fiction, it has historically referred to the creation of a miniature, fully formed human. The concept has roots in preformationism as well as earlier folklore and alchemic traditions. Currently, in scientific fields, a homunculus may refer to any scale model of the human body that, in some way, illustrates physiological, psychological, or other abstract human characteristics or functions. (Wikipedia)

From Wikipedia (a source of great knowledge): preformationism (or preformism) is the idea that organisms develop from miniature versions of themselves.

It’s quite absurb: it’s as if an apple seed holds a fully formed tiny tree with apples on it that simply increases in size. Cut open an apple seed: you will not find a tree.